A blog by Tirso Cons, author

What can I say on the subject of Strasbourg? It’s a beautiful city. Without a doubt, if you don’t know it, I recommend a visit.

I had a fantastic weekend there … and would say that it was almost too hot.  It’s easy to feel at home with the hospitable locals. To which end I must thank the friendly members of Alsace BD , for making our stay even more comfortable.

When I arrived on Thursday, as if on roller-skates, Jean-Christophe was waiting to take me to the hotel, show me the festival site (which wasn’t yet open to the public) and introduce the hard working team. And there was also Phil Jimenez and his partner, with whom I had dinner outside at a little village restaurant with the rest of the ABD personnel. A charming location. A group of traditional houses with courtyard and little meeting rooms, all beautifully decorated in rustic style…

Needless to say the food was fantastic and we finished a little late! 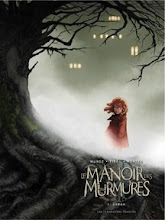 Last Friday I signed a few books on the terrace for the crowd of festival volunteers, constantly kept company by a cold beer. I started early, after visiting the centre, of which I took some photos, and finished after lunch. I didn’t know where I was, I don’t know if it was the sun or the beer.

The same afternoon I became a tourist with Pascal Ferry and we were bowled over by the Carousel which was over 100 years old (opened in 1900) and has appeared in films … but is still giving rides to the children of the world – magic!

The evening party for the opening of the festival, I met several authors, tried a range of wines, ate hors-d’œuvres, drank more wine,…EH…I don’t remember any more…:-P

We went for a boat ride on the city canals, the truth is it was a spectacle, inside and out… Strasbourg by night from such a viewpoint was worth the detour. (no sarcasm!)

I shared conversation with Hermann, who also spoke Catalan, with had a laugh with Ferry at the expenditure of war veterans…

We finished the night on the terrace next to the canal with Parel, Perger and others…

Saturday we had our signing session, with a system of round tables which made conversation easier and the the environment much closer. Something that I liked. With the personnel always there to ensure we were always comfortable.

In the afternoon we checked out the spa and pool at the hotel which was like a musketeer’s house …super! A touch rustic but modern and in a very old building.

That night we ate at the festival site, with the dinner tables arranged in the open air and like Astérix and Obélix ate roast boar! Music and lots of laughs with Dennis Calero and his wife, Audrey, and we left together (Stewart, Paquette, Bermejo…!)

Sunday everyone was dead, signing with cups of coffee and sunglasses. A sign of a good festival!

Thank you to all those who came for an autograph thanks also for buying copies of « Manoir des Murmures » !

I hope that this great festival continues to grow because it merits it.

I’ve forgotten lots of things, I can’t put names to faces but thanks to Jean-Christophe, Yannick, Jean-Luc, Lionel, Emilie, Christian, and all those who made me feel at home.  I hope to come back another year!